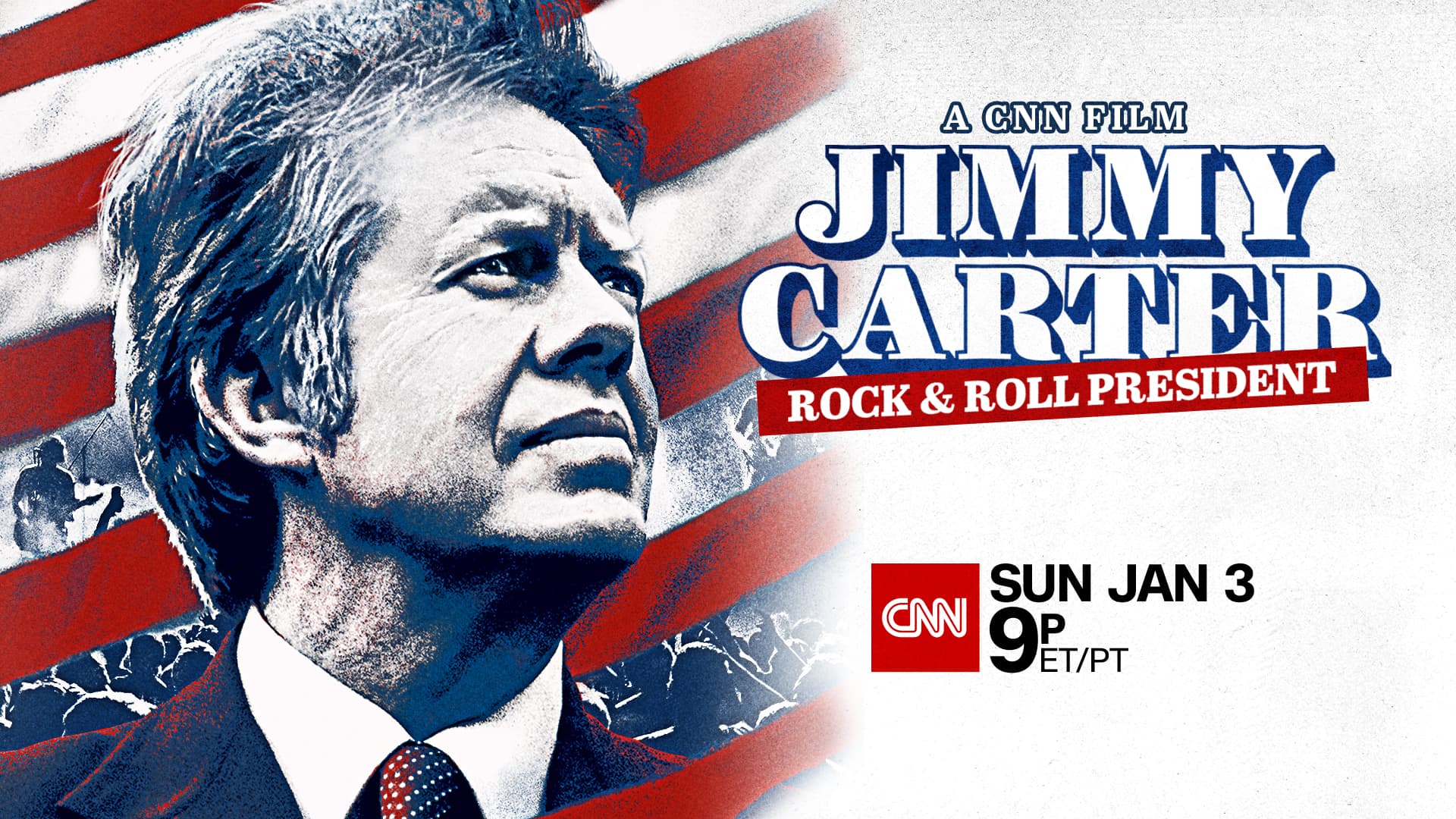 A CNN FILM
JIMMY CARTER: ROCK & ROLL PRESIDENT
During his political career and following his presidency, the 39th President of the United States formed lifelong bonds with artists Willie Nelson, the Allman Brothers, Rosanne Cash, Bob Dylan, Aretha Franklin, Nile Rodgers, and many, many others. “Jimmy Carter: Rock and Roll President” explores how President Carter’s deep love of all forms of music has been both a feature and an asset for his storied life and career. As he ran for president, Carter’s long-standing support from popular music artist dating from begore his gubernatorial campaign gave the lesser-known underdog a difference-making boost in the primaries that carried through to his win in November. Once Carter became president, musicians were also frequent guest at the White House, adding fun and often, a point of connection for political allies, foes, and foreign leaders.